I’m pretty sure I said that in my last post…

Don’t let this be you.  Seriously.  Accountability is a four letter word to some, and it will come back at you if you don’t stay smart and use common sense.  With landfall of Hurricane Sandy imminent, New Jersey Governor Chris Christie issued a mandatory coastal evacuation order to get citizens out of harm’s way – a smart move given the dangers the storm posed including massive walls of water from storm surge.  For some reason, Atlantic City Mayor Lorenzo Langford established shelters in his city, wasting time, valuable resources, and giving citizens a false sense of security when they were very much in danger.  The result was Governor Christie having to send National Guard forces in to rescue these poor folks.  The very public verbal beating that Governor Christie gave Mayor Lorenzo was brutal to say the least.  Governor Christie is one man I would not want to make enemies with. 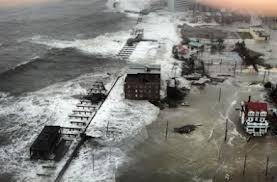 One of my favorite Star Wars quotes is from Episode 1: The Phantom Menace, where Liam Neeson’s character, Jedi Master Qui-Gon Jinn stated ‘There’s always a bigger fish’.  Remember this.  Everyone has to answer to someone else.  Even chief elected officials have to answer to someone – city councils, tax payers, etc.  I’d be surprised if there wasn’t a call for accountability in this case.  We also can’t lose sight of what’s right.  In emergency management, saving lives is always the #1 priority… always!

My heart goes out to victims of Hurricane Sandy.  For those of you who experienced little or no impact, please consider volunteering or donating to relief efforts.  I’d like to suggest The Salvation Army.   Donations may be made to the Salvation Army through www.salvationarmyusa.org or through 1-800-SAL-ARMY. Donors may contribute $10 via their phone bill by text messaging the word STORM to 80888 and confirming the donation with the word “yes.”