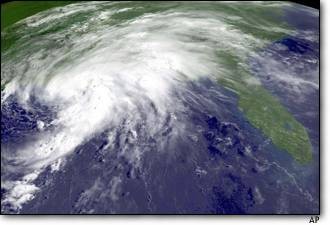 There has been a lot of discussion lately on rethinking how we categorize hurricanes.  At present, we use the Saffir-Simpson Hurricane Wind Scale, which provides a category (numbered 1-5) based on the hurricane’s present sustained wind speed.  While this scale has served as the standard for several decades, it is based only upon one impact of hurricanes – wind.  As such, the Saffir-Simpson scale is not a good universal predictor of potential hurricane impacts.

To better consider how we can categorize hurricanes, we should understand those impacts.

In recognition of the hazards, there have been proposals for categorizing hurricanes based upon hazards other than wind.  While I’m no meteorologist, I can certain identify that these will provide even less valuable data than wind alone.  While it’s true that storm surge is often the most impactful hazard of hurricanes, the extent of potential damage from storm surge varies so wildly based upon a variety of factors, there are few general statements that can be made about it to establish any kind of categorization.  Further, how will the storm threat be categorized to those too far inland to be impacted by storm surge?  Rating a hurricane based upon rain is even less of a full picture than those who argue against wind.

The Saffir-Simpson scale begins to approach the problem by also defining the types of damage that can be caused by hurricanes of different intensities.  These defined impacts, however, are limited to wind damages.  Certainly the ideal model provides categories which define expected levels of damage from wind, rain, and storm surge combined.  Such models may be more informative to the public, elected officials, first responders, and emergency managers.  There are efforts under way to examine some potential new models.  Be alert to what gets proposed and be sure to provide feedback.

Have I missed anything here?  Are there any other considerations for how we should be categorizing hurricanes?