I’ve found something slower than molasses – and that’s the implementation of FirstNet: The result of the 9/11 Commission’s recommendations from 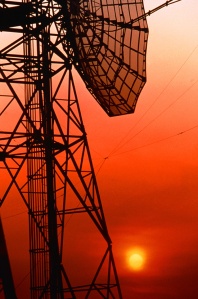 2004 (again, that’s 2004 – which was eight years ago.  Eight.) part of which outlines the necessity for a more substantial radio spectrum for public safety purposes.  Before I rant any further, I do want to mention that this particular post was brought on by an article in this month’s Emergency Management Magazine called FirstNet’s Challenges, in the print edition or First Net: Answers to Key Questions in the online version.

Eight years… the span of time it takes to obtain a bachelor’s degree, a master’s degree, and a doctoral degree.

An eight year old child demonstrates the ability to solve problems independently and can count to 1,000.

I’m severely doubting that most of our elected officials have a great deal of education or an ability to solve problems independently, much less as a group.

The difficulties that public safety has with communication networks are as old as the communication devices themselves.  First off, it shouldn’t have required the 9/11 Commission to raise this issue – it should have been addressed well before.  A committed, secure, interoperable, and durable information network for first responders is an absolute necessity.  The hopes of first responders everywhere was that, along with most of the Commission’s recommendations, this matter would be addressed with all haste.  We couldn’t be more wrong.  It took them eight years to pass legislation just to allow the creation of the entity to work on ideas on how to address this!  That legislation, by the way, was included in the Middle Class Tax Relief and Job Creation Action of 2012 – which largely deals with taxes, unemployment, and Medicare.  The creation of FirstNet is in no way directly related to any of these topics.

But wait – there’s more!  The Emergency Management Magazine article goes on to outline what needs to be accomplished next, including the formation of a board (done), development of policy, procedures, bylaws, and a charter.  Further, they must name a public safety advisory committee (isn’t public safety the primary purpose of this group to being with?  If so, why do we need an advisory committee?  Shouldn’t that be the primary focus of the board?), hire staff, and establish a budget (the enacting legislation provided $7 billion dollars as ‘seed money’… estimates for creating a nationwide network are as high as $40 billion – which does not include maintenance of the network and recurring costs.

I will grant that there are certainly challenges with this – financial, technological, and political.  There have been attempts at this (ref: a miserable failure of an attempt in New York State several years back which cost the tax payers millions of dollars).  But, gosh… perhaps we would be a bit further ahead had we not waited EIGHT YEARS to pass this enabling legislation in the first place!

Is my frustration apparent?